What Should We Be Worried About?: The Hidden Threats Nobody Is Talking about (and False Fears Everyone Is Distracted By)
John Brockman 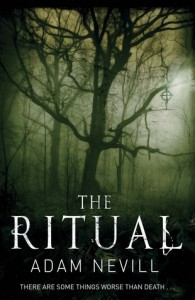 All of the main character's friends died off right away and now we are left with just Luke.  The book was very predictable in that regard but then it took a really weird turn.  Luke struggled to get out of the forest and got a head injury in the process.  Part One of the book ends with Luke slipping slowly out of consciousness and hearing mysterious voices.  Part Two starts with Luke waking up in a weird room surrounded by weird people.  We soon learn that these people are teens who are involved in making sacrifices to the supposed beast of the forest. Spooky.  In my opinion the book was not very scary and it was definitely one of the weirdest books that I have ever read.  I do not know if I am a fan of it but I will finish it and judge from there, I guess.

I have never really read or gotten into any horror books until this one.  I like it so far but I feel like it is going to be a very predictable book.  The story begins when four friends venture out into Scandinavia for a friendship reunion hike.  There is foreshadowing all throughout the first chapters when it is stated that two of the friends are in awful physical shape and injured.  Next thing you know,  one of the guys suggests taking a short cut through the thick, dense, virgin forest that no one has ventured into before!!!  What a fantastic idea, right??  I mean have these people not ever seen a horror film?  You do NOT just take a short cut through the virgin forest when two of your friends can't even walk properly.  Needless to say, they take the short cut.  What happens two chapters later?  They get lost.  They stay lost.  They come across some spooky findings in the woods that lead them deeper and deeper into the forest that is practically impossible to navigate.  They are still lost and I am on page 183.  I don't think anyone is going to make it out alive at the rate that they are going.  I like the book and it is kind of suspenseful. It is definitely not what I was looking for in my first horror book experience and it has been predictable so far but I will see what the upcoming chapters will bring.  Hopefully something rather spooky!

Changing it up a bit! 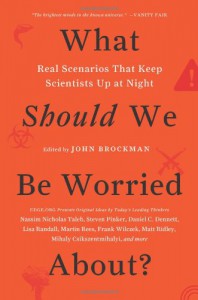 I started this book and it is incredibly interesting.  I am enjoying all of the different scenarios that these scientists are choosing to include in this book.  I have never really read a novel that is comprised of different authors all edited together and I really enjoy how there is really no specific order that the book needs to be read in.  It is just interesting to change up my reading to something this different once in a while.  My favorite scenario Or chapter that I have read so far is Science By (Social) Media by Michael I. Norton. The chapter is about how more and more people are getting their scientific information from media such as Twitter or Facebook.  I find this extremely relevant because I find myself doing this all the time and then not checking my sources.   Something that I find amazing is that 25 percent of media-covered science stories  do not appear in any science journals.  He ends the chapter with "This 'science by (social) media' raises the curious possibility of a general public that reads more and more science while becoming less and less scientifically literate."  I love this quote because it is important that people know what is real science versus what is fake.  I can't wait to read more of the chapters and learn more about concerning things that scientists fret about!

Since I last blogged about Wild, Cheryl has pretty much kept on hiking. She's had more setbacks. For starters. her hiking shoes turned out to be a size too small and the constant pressure put on her feet caused them to become sore, calloused, and most of her toenails have fallen off. Cheryl had to bypass a large section of the PCT in California because of heavy snowfall and instead she's going to hike throughout Oregon. When she reached a town called Ashland in Oregon, she decided to stay and enjoy city life for a couple of days. Cheryl partied for a while in Ashland with a guy named Johnathon who I thought was cool because he was described wearing a Wilco t-shirt, and I like Wilco. Where I'm at right now, it's her dead mother's birthday so she's reliving all of the pain and anger that goes along with her mother's death. It's devastating to read and it makes me appreciate my own mother more. (Side note, my mom is the coolest).

THIS BOOK IS GREAT 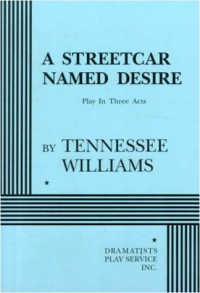 I really enjoy this play!  I am on scene nine and I know the best has yet to come, but so far I think the character development is fantastic.  Words really can't explain my hatred for Stanley so far and I just know that it is going to get worse.  He is really awful.  I am very excited to read further!

I just started both of these novels because for some reason I am on a weird Dystopian Science Fiction book rage.  I like both of them a lot.  At least what I have read so far!  I notice a lot of similar themes between a lot of novels in this sub category of science fiction.  They are all very creative and imaginable but these two both deal with fairly similar human conflict.  I have not gotten very far in either.  Regardless,  I am enjoying the beginning chapters of these books pretty well.  I can't wait to read further!! 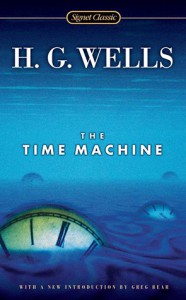 I just finished this book and it was amazing!!  Wells is so imaginative in his writing and the story line was intriguing the whole way through.  I really enjoyed the use of the big dinner party to help the reader know when the book was taking place in the present.  Also the fact that the only character who actually had a name in the whole book was Weena is also really an interesting thing that I noticed.  Overall this book was really great and I would recommend it for anyone!